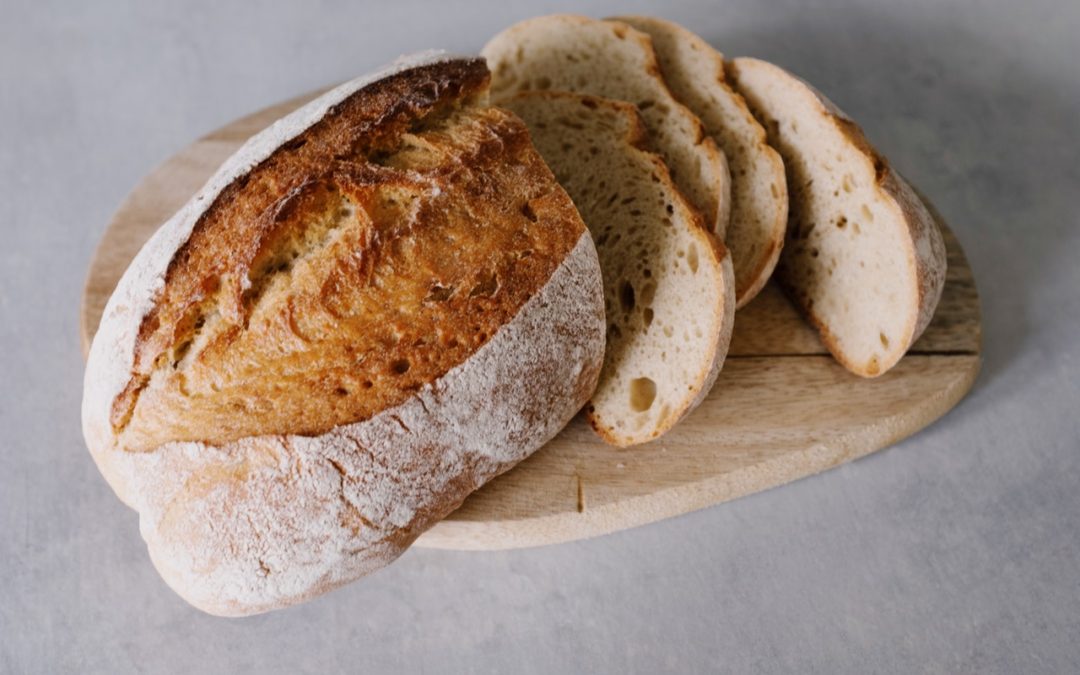 Holding your Bread Knife signed “Coutellerie Nontronnaise” what could be more flavourful than cutting a nice loaf of Homemade bread? Follow our recipe!

It seems that the bread we are still eating today appeared during Antiquity and precisely among the Egyptians around the 5th century BC. The first bakeries opened in Athens, they used to provide customers with dozens of types of bread. Later, many other countries would share the practise, by way of pleasant change, including France, which counts now no less than fifteen regional breads including the famous “ Miques Perigourdine”.

In French bread and bakery and have given rise to many colloquial expressions, such as “long as a day without bread”, “long un jour comme un jour sans pain” which means a moment or a gloomy face or in Auvergne “être pagné”, that is to say full.

Some of these are still in use today, including expression such as “to have bread on the plank” (which means “to have a lot of work to do”) and …. cut it with a bread knife signed the “Coutellerie Nontronnaise”

So that you could make the most of this somehow “spare” time, we have chosen a simple recipe you to help you to bake a beautiful homemade yeast bread for the whole family.

Furthermore, for those who want to improve their practice, we present a tutorial made by one of the queen of bread: Apollonia Poilâne (heiress of the bakery tradition set up by her father, Lionel Poilâne).

Our recipe for a delicious Homemade yeast bread

In a terrine, bowl, mix the salt with the flour. Use cool temperature water in the bowl where you poured the yeast and let it dissolve. Gradually pour the remaining water over the flour while working the dough. Add the dried yeast. Work it until a soft dough no longer sticks to the fingers.

Place a damp cloth on the container and let the dough rise 3 to 4 hours in a temperate place.

When the dough double in size, work it on the work surface floured several times, each time folding the dough on itself to remove the air. Form a ball.

Place a dry floured tea towel in a basket. Place the ball of dough in the basket and let rise again 2 hours always in a temperate place.

Preheat the oven to 180°. Place the ball on the baking sheet (if possible, a non-stick sheet).

Gently make a few knife incisions on the top of the ball with a sharp knife or bench scraper,