Nontron, the mark of concord … 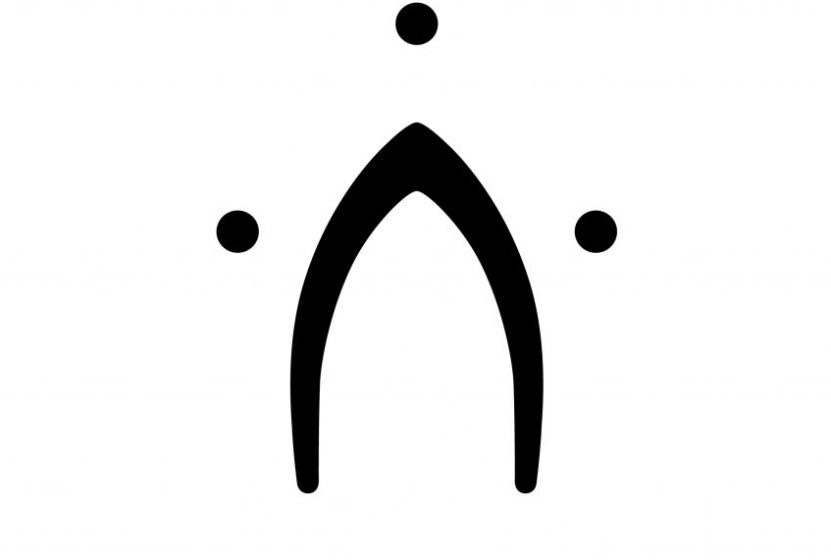 Three points on a celestial vault, three lights illuminating a shelter, the distinctive sign engraved on each of the handles of the traditional knives of the Nontronnaise cutlery, does not finish to make speak.

That is, if its presence is attested from the very beginning of the fabrication of the object, its meaning remains a mystery – a rela- tion – that specialists, philologists, linguists and psychoanalysts try to elucidate.

One of the most convincing theses is that of the psychoanalyst Jean Vertemont, who associates the celestial vault of the nontronian knife with the Uruz rune, second in the order of the alphabet of the ancient Saxons whose meaning is “the aurochs, the primordial cow. “. In the Saxon and Indo-European cosmogony, this rune was, moreover, related to the cluster of stars forming for the Greeks the head of the constellation of the bull. Numbering two, three or seven, (their number varies according to the sources), these stars were none other than the Hyades, nurseries of Zeus who appear in the Hellenistic sky of November, bearing the future fertility. 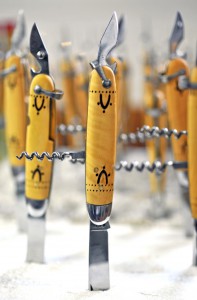 The intervention of a cutler

As for the three points, arranged in a triangle, they would have been added by a Freemason cutler. The third point represents for the “brothers” the third term that allows access to divine unity by going beyond the ordinary dualities: mind-body, earth-sky, life-death, faith-reason, subject-object …

The three points would thus be the “whispered” advice inviting the owner of the knife to seek the answer to avoid confrontation and preserve or restore concord and harmony. 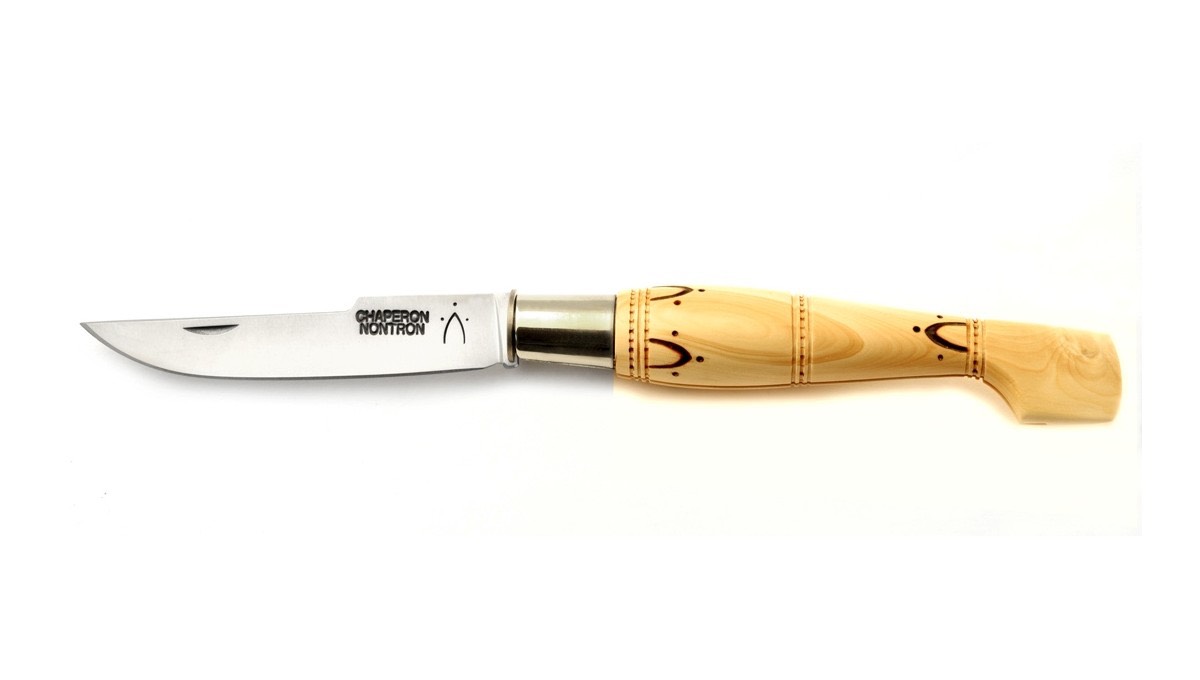 A nice way for the Nontronnais to the sage leaf blade to clearly display his peaceful personality.