3 seasonal recipes with veggies picked from the garden

Enjoy vegetables of one’s garden or that of the producer of one’s region with the Barrel Oak Handles Knives (country range) signed by the “Coutellerie Nontronnaise”, and the domain “Château Poulvère”.

“Let us cultivate our garden.” Voltaire said and eat what it offers

Experience your creativity and nourish the pleasure of food with those seasonal vegetable’s recipes dedicated to young and not so young gourmets. Elders will make the most of them, opening a nice bottle of “Château Poulvère”.

Cut the white part of the leek into thin sticks, called Julienne* and fried them at 140°F. Set it aside on paper towels. Peel the carrot, celery rave and small red radishes, instead of the white radishes of the recipe unavailable in February. Cut into thin slices. Fry all in the same oil as the leeks at 140°F, then drain on paper towels. Salt it and serve with a slice of tuna or any other fish.

*A julienne is a way of presenting vegetables cut into thin sticks. 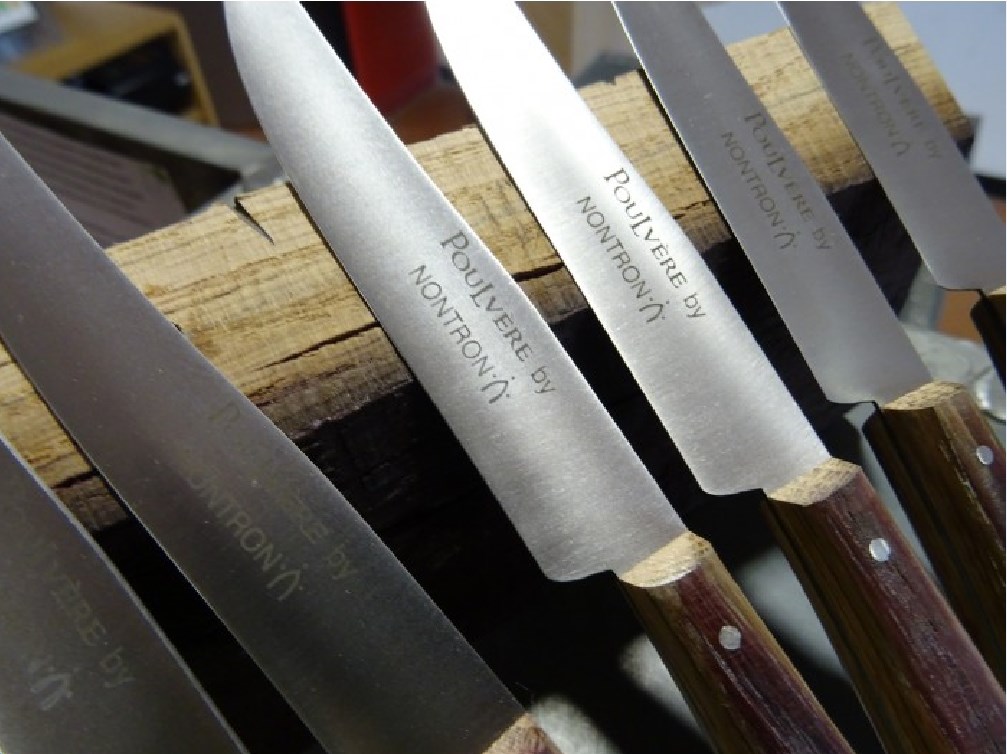 Glazed turnips cooked with juice according to Alexandre Dumas

Selected in Dictionary of Cuisine of Alexandre Dumas, the recipe is quite simple, rather healthy for that time. We report as it were written.

Blanch them, drain them, choose saucepan that can hold them side by side, butter the saucepan and arrange the turnips in it, brown them with butter and sugar, moisten them with good broth, sprinkle over them granulated sugar, salt lightly and introduce a little cinnamon stick, cover the preparation with a buttered paper, place it on the edge of the stove with fire underneath, cover the saucepan with its lid, bake the turnips, than remove the lid, faîtes tomber à glace*, place the turnips on your plate, pour some good broth into your pan to detach the glaze*, remove the cinnamon and pour the sauce over the turnips as if “ says Alexandre Dumas “it were a compote.” Why not serve it with a piece of roasted veal?

*Glaze is what remains of the juice in the saucepan, “faire tomber à glace” in French means caramelizing the juice over high heat. 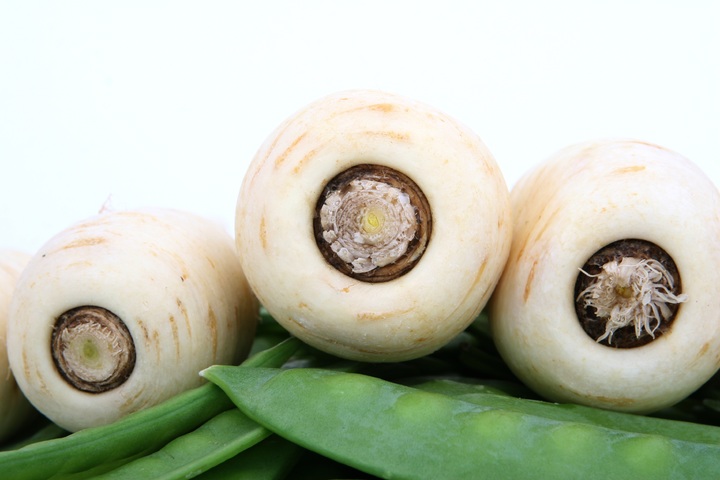 Famous novelist, she wrote La Bicyclette Bleue , Régine Deforges was also a great cook author of a very good recipe book inspired by her grandmother. She made whole stuffed cabbage like no one else. We present the low-fat version of her recipe.

Remove the leaves from the cabbage, keep only the tender leaves. Drop them in boiling salted water and let them cook for 15 minutes. Bake the veal. Chop it and mix it with the sausage meat, breadcrumbs, garlic, shallots, onions, parsley, chervil, chopped tarragon and eggs. Knead the preparation for a long time. Salt, add pepper, nutmeg and … taste. Wet the net with hot water, place it in a colander, overlap it with cabbage leaves, add a second layer and fill up with stuffing. Fold the net, close it. Let the cabbage rest one-night moistened with the glass of Armagnac. The following day put the cabbage in a pan with butter. Bake it on both sides. Add two sliced onions and two carrots. Salt and add pepper. Introduce the garnished bouquet, pour the sauce over the cabbage.” Of course, to serve, you’ll have to remove the net! Using a cooking net is part of the success. Want to buy a net? Follow the link